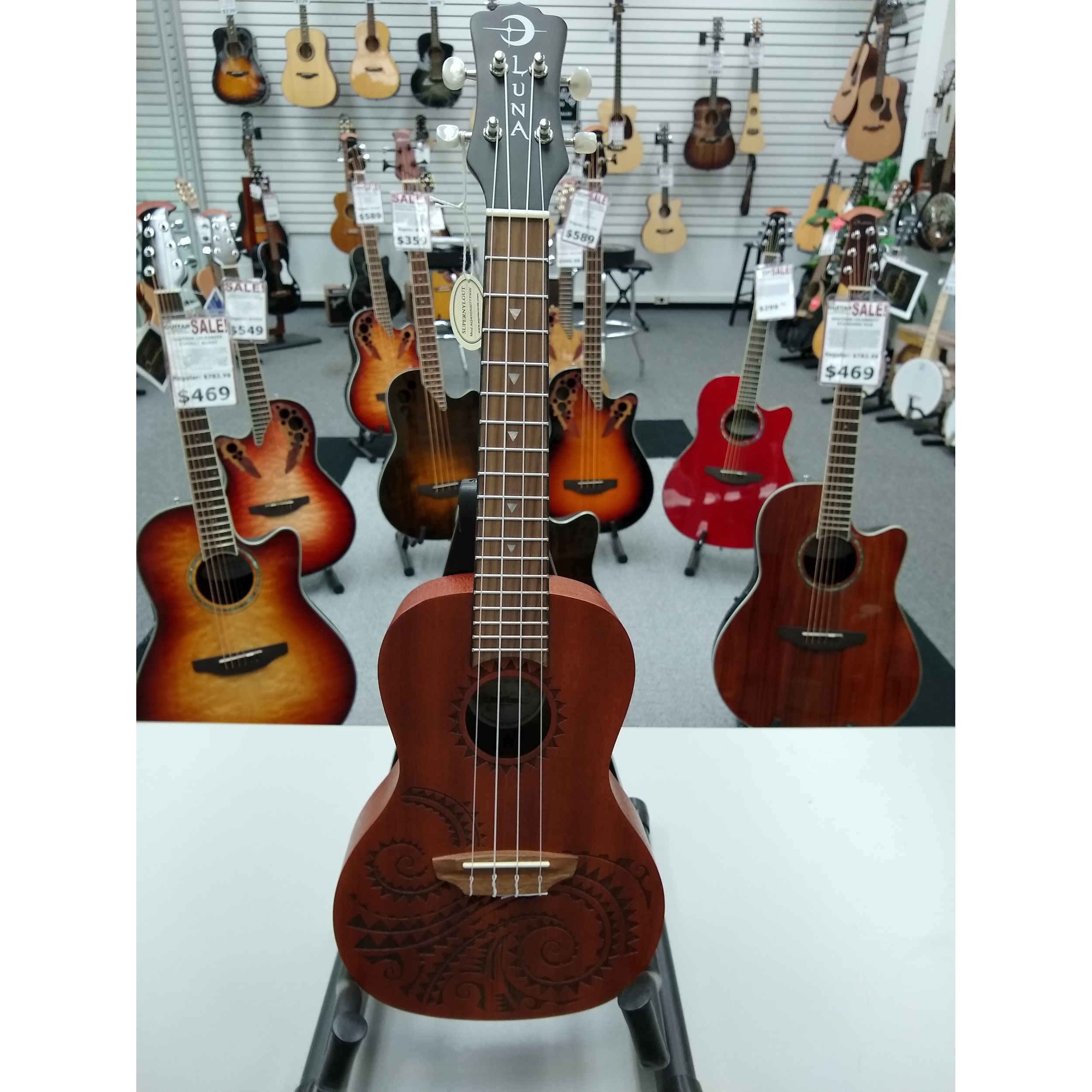 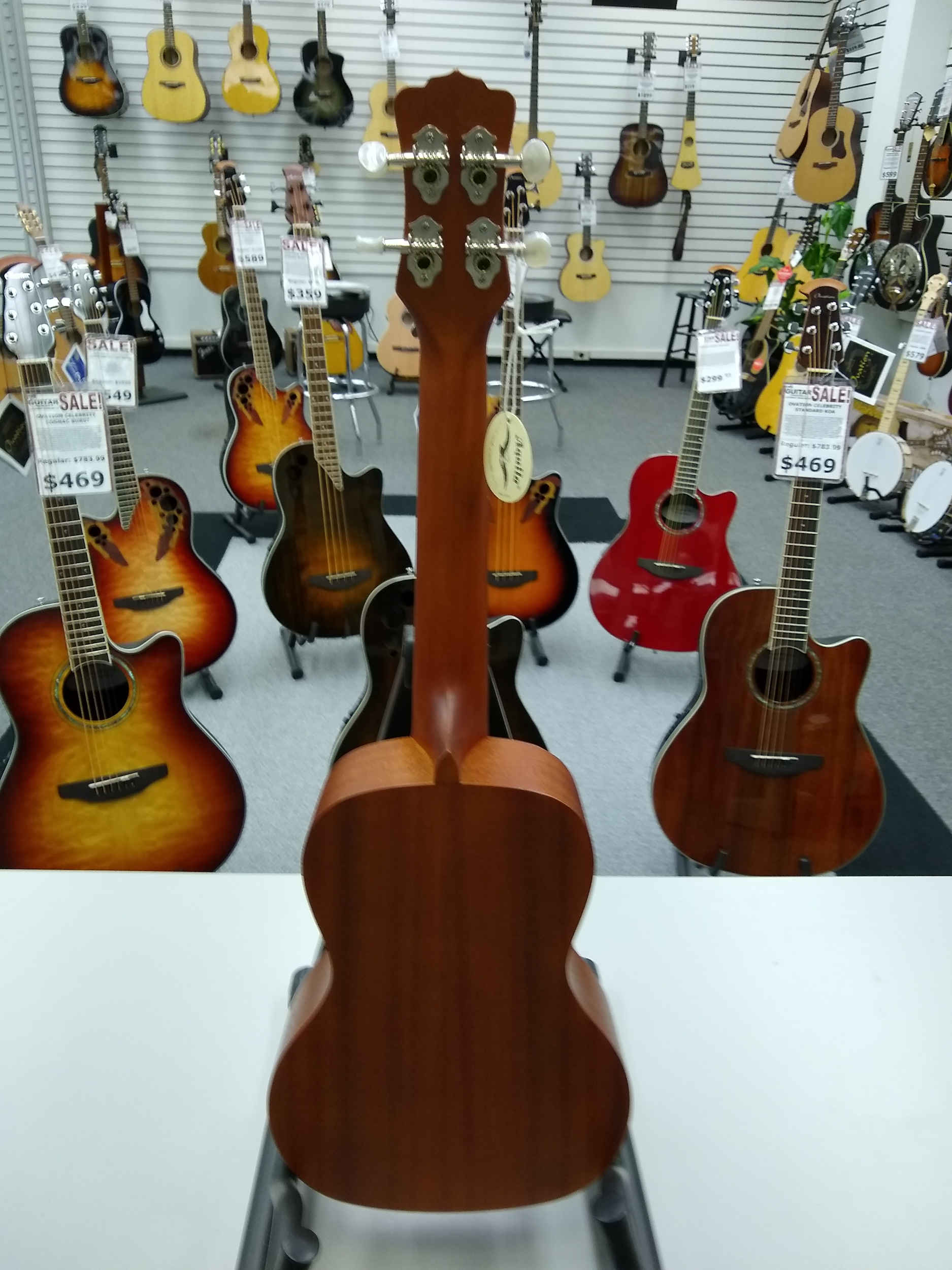 Through a sacred inking process, the laser-etched Tattoo design takes its inspiration from Hawaiian body ornamentation. The ancient Polynesian people believed getting inked was a divine course and a bold statement. Patterns and layout were strongly geometric with many shapes and symbols representative of the natural island world: stones, waves, fish, sharks, turtles, rain, sun, birds. This design is primarily based on waves and sharks’ teeth which are also echoed as fret markers. Expect warm tone from the all-mahogany concert body and walnut fingerboard. Gigbag included. Join the Luna Trib