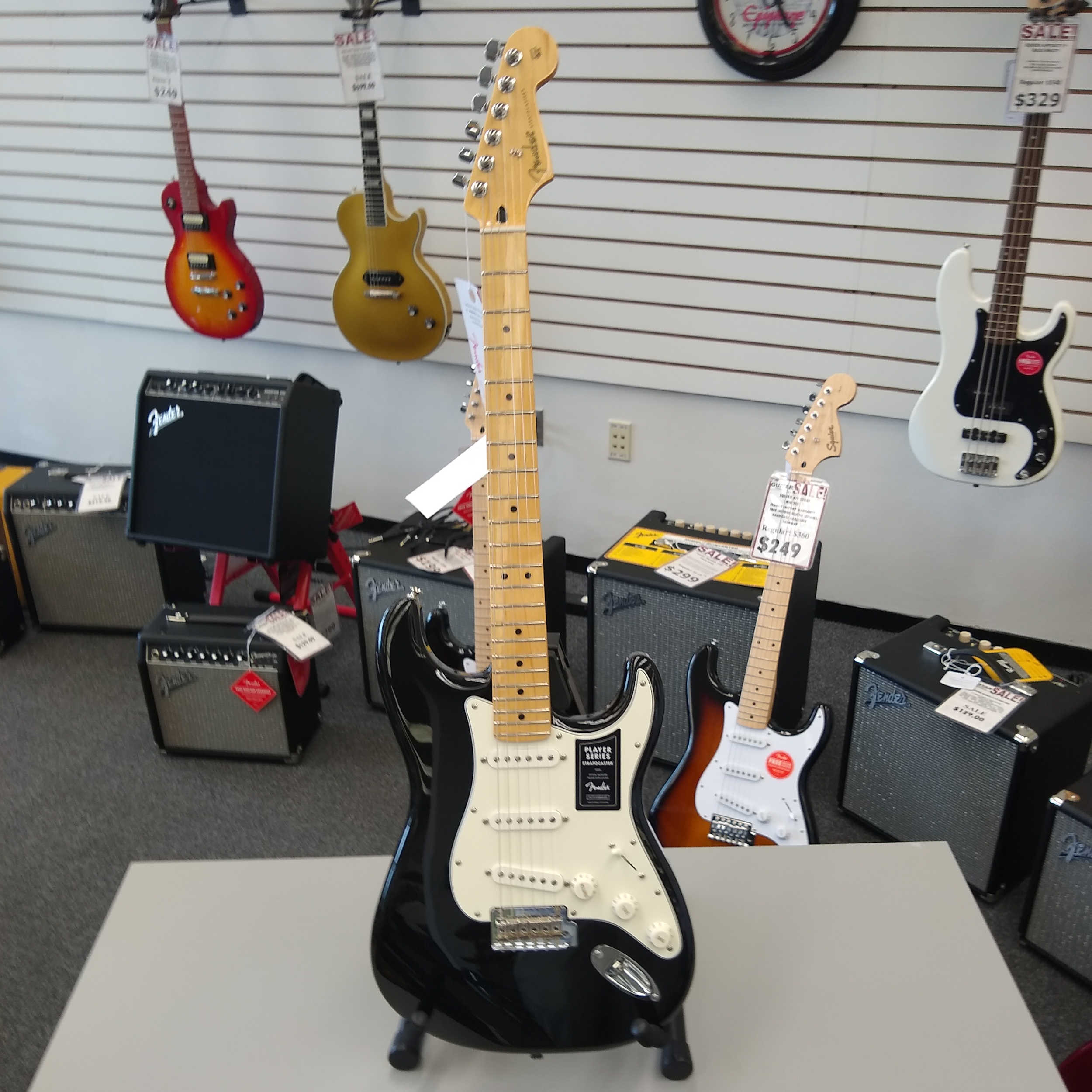 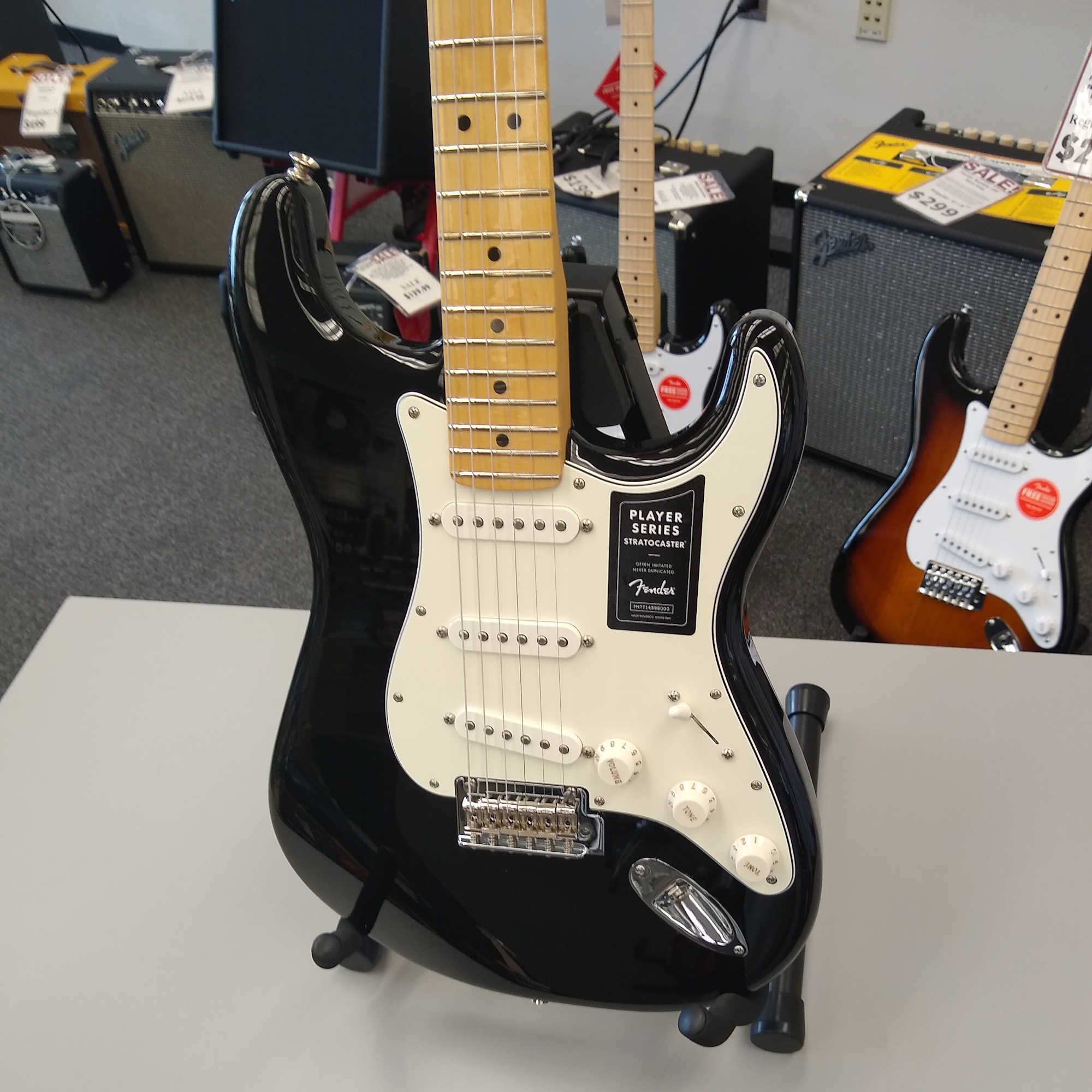 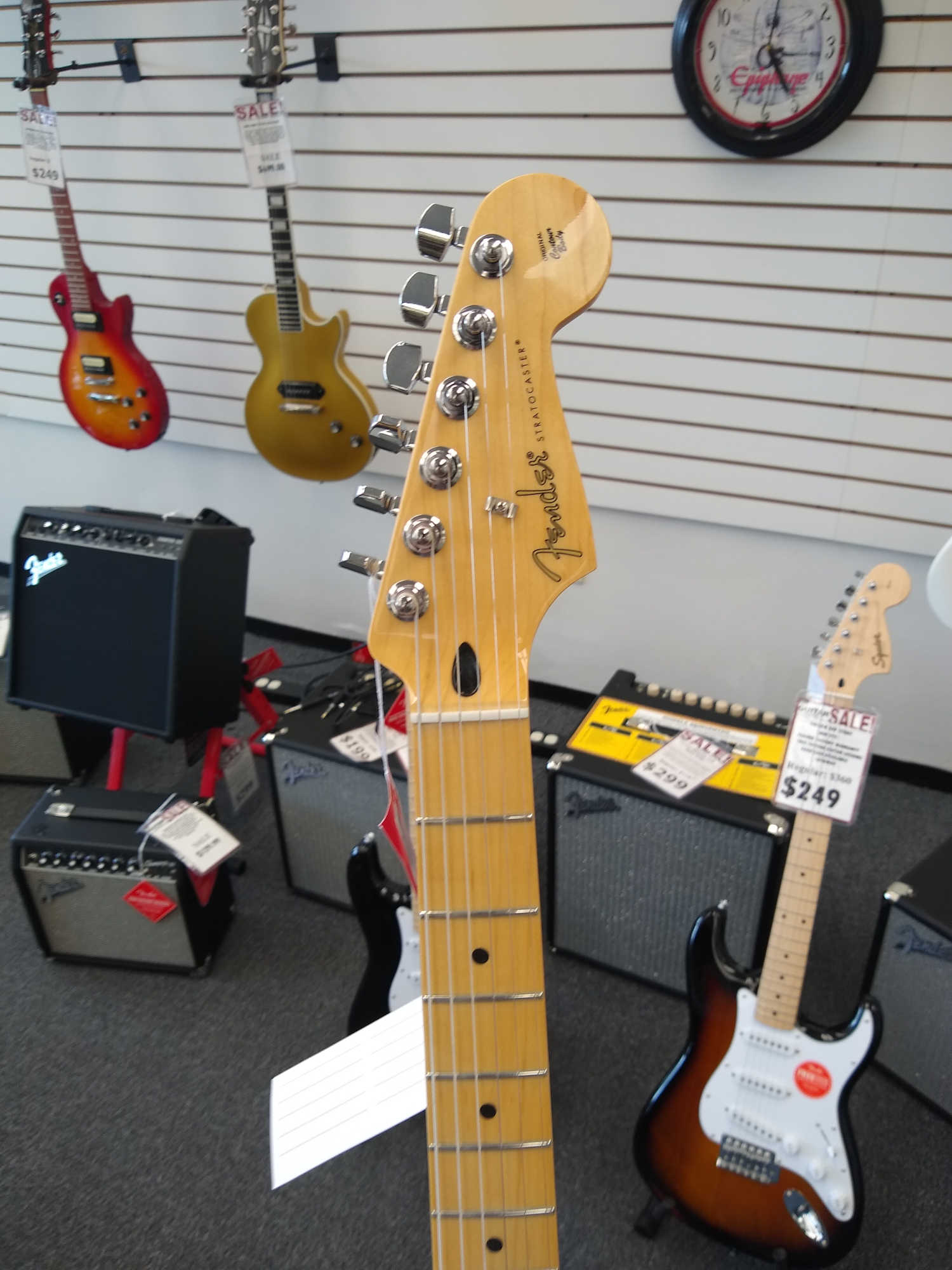 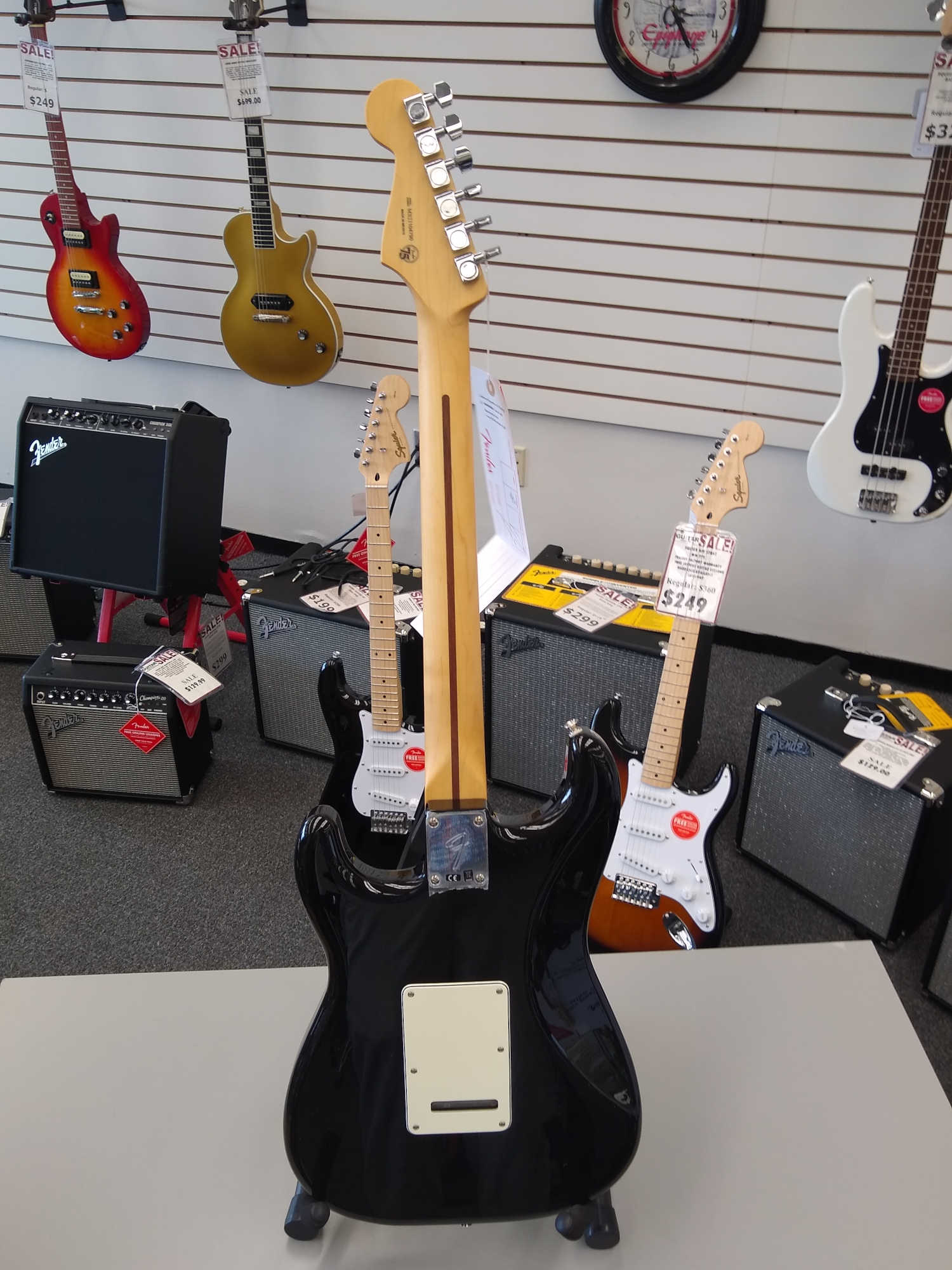 The Fender Stratocaster is considered by many guitarists at Sweetwater to be the classic solidbody electric guitar. Introduced in 1954, the Strat has flaunted its svelte body curves, tonal dexterity, and expressive vibrato in the capable hands of guitarists cross-genre. At once a working musician’s axe and cultural icon, the Fender Player Series Stratocaster takes the grand tradition into the future with a fast-action 22-fret maple neck, vibrant vintage-inspired finishes, and three Player Series Alnico 5 Strat pickups that deliver all the legendary spank and sparkle you expect from a Strat.

For their new Player Series guitars, Fender went back to the drawing board with updated radii for more historically accurate body shapes, new vintage-inspired finishes, and a classic logo that harkens back to the Fenders of yesteryear. But these smooth-playing instruments also look to the future with modern enhancements that include 22 fret necks, upgraded bridges for better sustain, and new Alnico 5 pickups that crank out legendary Fender tone by the boatload.

Leo Fender designed the original Stratocaster with three single-coil pickups, enabling it to produce sounds that no other guitar could — particularly once players discovered they could lodge the 3-position blade switch in those in-between positions to access polarity-reversed neck/middle and bridge/middle pickup combinations that produced what is affectionately called the Strat “quack.” The Fender Player Series Stratocaster comes with three sweet-sounding single-coil pickups selected by a modern, 5-position blade switch, making it easy to nail those glassy Strat sounds with a flick of the switch.