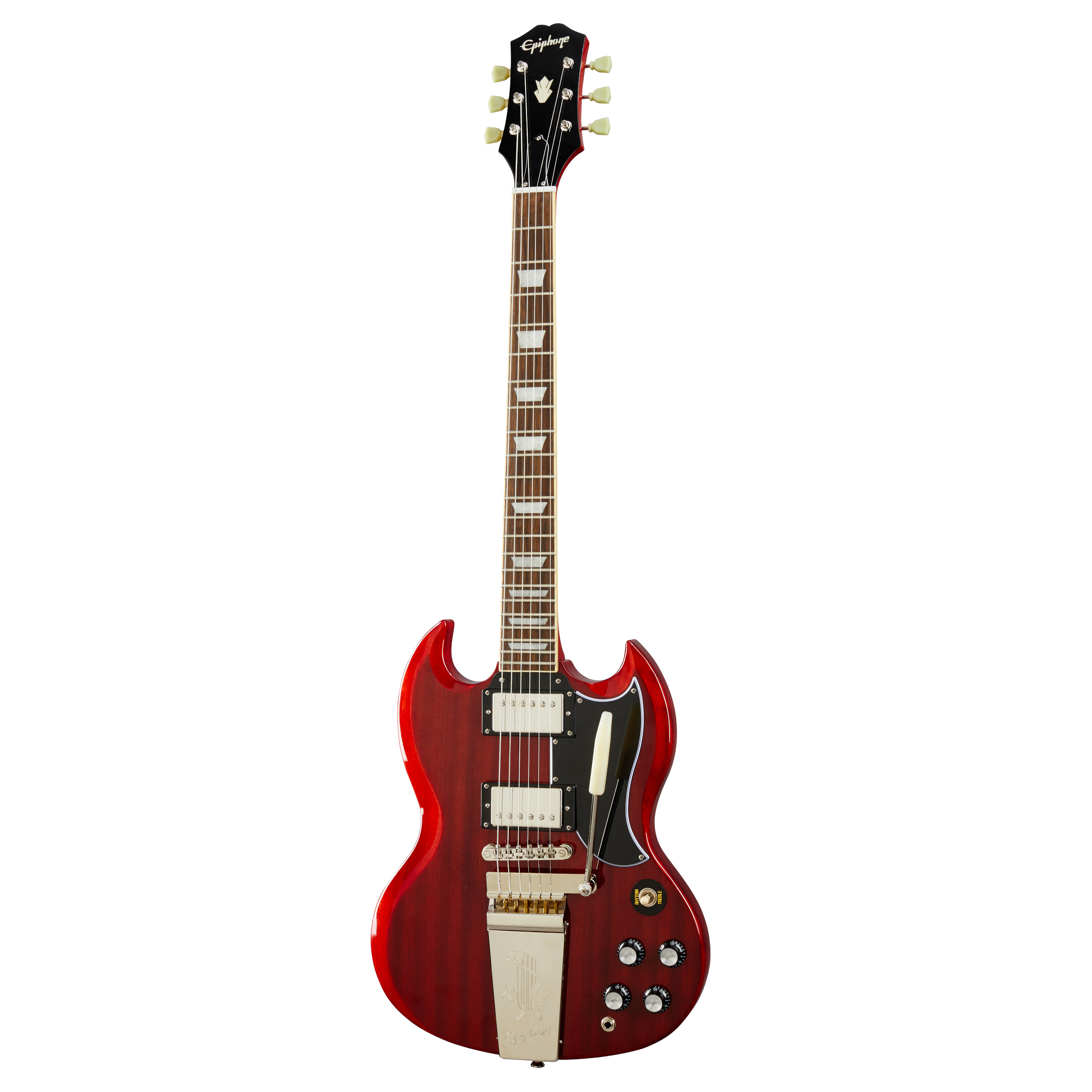 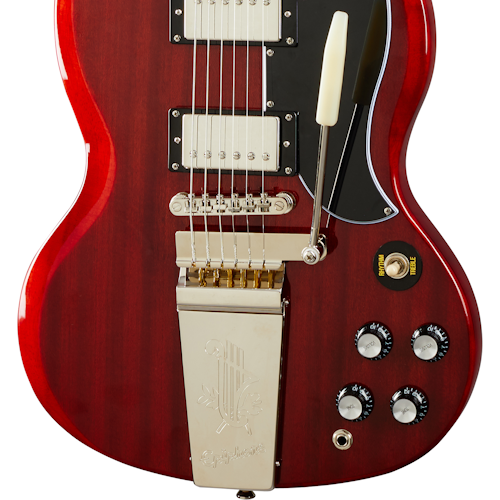 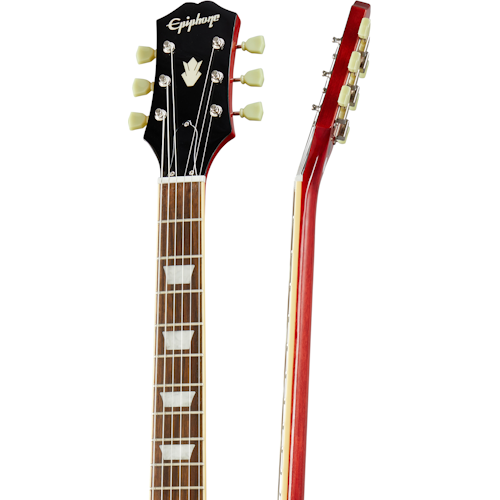 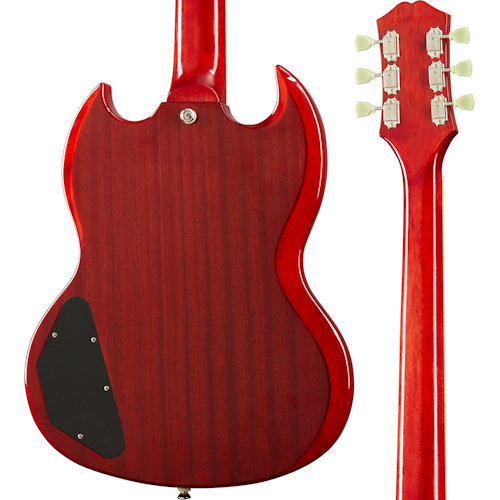 The Epiphone SG™ Standard ’61 Maestro™ Vibrola from the new Inspired by Gibson™ Collection recreates the original SG from 1961 with a newly designed 60s style Maestro Vibrola. Featuring a classic mahogany body in a Vintage Cherry finish and powered by ProBucker™ humbuckers with CTS® potentiometers.